A fantastic panel of leaders will talk with students about their careers in museum curation, design, and education on Wednesday, March 23, 2022 at 6:00 pm in Clark 206. Our distinguished guests — Dennis Barrie, Sonya Rhie Mace, and Mandy Smith — bring expertise spanning a wide range of museum experiences, career stages, and geographies. Read more about their backgrounds and register below… 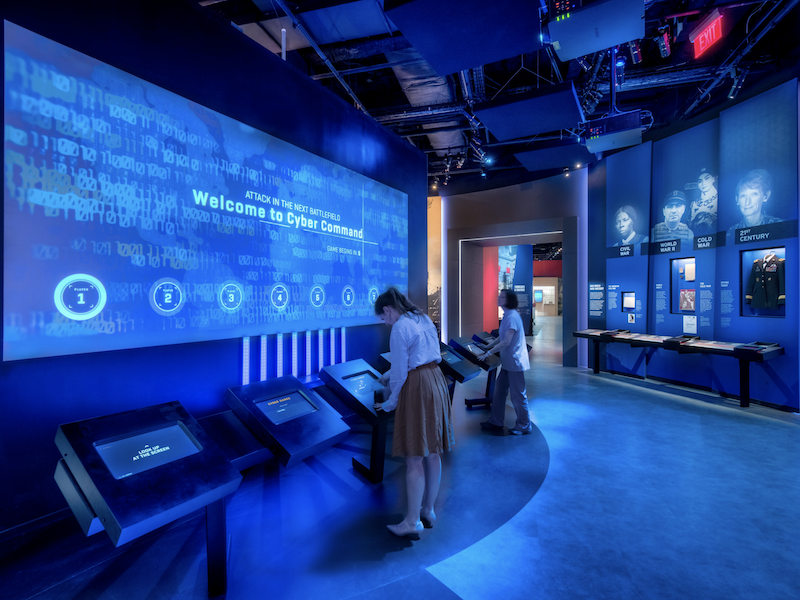 As the principles of Barrie Projects, Dennis and Kathy Barrie have helped launch and create some of the country’s most innovative and popular new museums, including The Spy Museum in Washington, D.C.; the Mob Museum in Las Vegas; the Grammy Museum in Los Angeles; the Woodstock Museum in upstate New York, the Maltz Museum in Cleveland; and, most recently, the U.S. Olympic and Paralympic Museum in Colorado. Dennis Barrie is also on the executive leadership of the Cleveland History Museum and Western Reserve Historical Society. Earlier in his career, Barrie also served as director of the Cincinatti Arts Center and then as the founding director and co-creator of the Rock and Foll Hall of Fame. Sonya Rhie Mace is the Bickford Curator of Indian and Southeast Asian Art at the Cleveland Museum of Art. Her work combines curation, research, teaching, conservation, acquisitions, and global partnerships. Mace’s most recent exhibition, the acclaimed Revealing Krishna: Journey to Cambodia’s Sacred Mountain, is the culumination of the museum’s  decades-long effort to retreive and restore a rare and monumental-sized stone statue of Krishna, in close collaboration with temples, artists, and the government of the Kingdom of Cambodia. Mace received her Bachelor’s in South Asian Art and Religion at Smith College before completing her doctorate at Harvard University, which seeded the research for her first book, History of Stone Scultpture at Mathura, 150 BCE – 100 CE (Brill, 2007). Mandy J. Smith is the Education Programs Manager at the Rock and Roll Hall of Fame. She runs many of the museum’s preK, grade school, high school, and college programs, as well as special events such as the recent Women Who Roar, which showcased how women like Carole King and Janet Jackson shaped the music we listen to today. Prior to her current role, Smith earned a BA in Rock History from Indiana University, an MA in Musicology from California State University Long Beach, and a doctorate in musicology at CWRU. As a researcher, Smith has written about the drum’s capacity to signify both the virtuosic and the primitive; as a musician, Smith has been rocking out behind the drum for more than 25 years!