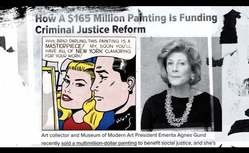 Agnes “Aggie” Gund has one of the most vast and impressive contemporary art collections in the world… but her art might not be the most impressive thing about her. Aggie has used her status in the art world to influence incredible social change. Not only has Aggie spent her entire career in the arts highlighting female artists and artists of color, she has also dedicated herself to supporting arts education and social justice projects of all kinds. In 2017 she created one of her biggest projects yet: the Art for Justice Fund in an effort to fight mass incarceration. For someone with so many great accomplishments, Aggie is authentically humble and seems to put everyone around her at ease. It should be no surprise she was born and raised in Cleveland! An intimate documentary directed by her daughter, AGGIE not only captures Agnes Gund’s impressive status as an art collector, but also tells the story of her incredible philanthropic work and the lasting impact she has had on so many.
Year: 2019
Country: USA
Run Time: 92 minutes

Streaming tickets are available to view from September 24 at 11:00 am – September 27 at 11:00 pm. All tickets include a link to the live, moderated conversation with AGGIE director Catherine Gund and Aggie Gund, moderated by Jennifer Coleman, Program Director for Creative Culture and Arts at The George Gund Foundation, taking place on Sunday, September 27 at 2:00 pm.

The Cleveland International Film Festival is celebrating the halfway point to CIFF45 (which opens on April 7, 2021) by bringing back some of the best of CIFF44 short films.  They are offering three different programs, each offering pre-recorded post-film conversations.  Films will be available to stream Wednesday, October 7 at 11:00 am  through Saturday, October 10 at 11:00 pm.  Programs include: 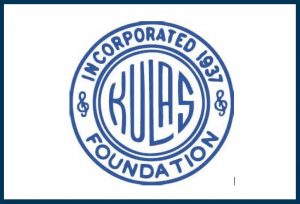 A generous grant from the Kulas Foundation allows the Baker-Nord Center for the Humanities to provide free tickets for undergraduate CWRU students.

Due to COVID-19 restrictions, these events are virtual for the Fall 2020 semester.